Solar energy has had its ups and downs over the past few years. Years ago, solar energy was hyped as being the next best thing for the world. It spearheaded the green revolution. Yet it’s struggled at getting mass adopted because the economics never made sense. PV (photovoltaics) cells were extremely expensive therefore installing them for the masses was not viable. However, the price per watt is freefalling and the efficiency of solar cells is growing exponentially. Tack on the federal and state tax incentives as well as homeowners desire to lower their bills and we have potential for a huge growth in solar energy.

These panels were not aesthetic. You did not want to be that one house on the street with massive obstructive panels on its roof. However in the past five years, solar cells have been integrated within shingles in order to create an aesthetically pleasing and efficient shingle design.

These new shingle materials are called “building-integrated photovoltaics” (BIPVs). They combine solar cells with a variety of traditional roofing materials such as slate, metal or even the most popular asphalt roofing.

Just one shingle contains anywhere from 50 to 200 watts of power, which is enough to power a window fan. Now this is not a lot of power itself. Nevertheless the efficiency is set to increase as engineers keep on developing and improving the technology. If you add the hundreds of square feet of shingles on a rooftop, you have a meaningful amount of watts which can generate quite a bit of electricity.

Currently in 2013, solar shingles will not allow you to cut off your entire electricity supply. You will still need to rely on the local supply grid but to a much lesser extent. When the shingles don’t produce energy, such as at night and on rainy days, you will still have access to electricity through the local supply grid. Nevertheless, if your shingles create more energy than your home requires (which is the case in some sunny states such as California and Arizona), there are 39 states which allow you to sell back your unused electricity back to the grid.

Check out the following example from a family in California. They installed a 2-kilowatt BIPV system on their roof. The general rule of thumb is 1-kilowatt (1,000 watts) per 1,000 square feet of roof space. This system had a total cost of $15,000 and it was installed on the existing cement-tile roof already installed on their home. They were able to add the cost to their mortgage which added only $100 to their monthly mortgage bill. Given the Energy Policy Act of 2005, the family also get a tax credit of 30% or up to $2,000 which can be used towards the cost of the system. Guess how much their new electricity bill is? Less than $4 a month! The system will pay for itself over the next few years and then provide a positive return on the investment.

The economics work for the family in the example because they live in California. A system in the Southern States can produce 25% more energy than those in Northern States. Therefore if you are interested in solar shingles, you must determine if it is cost-effective based on your location.

Owens Corning is an international manufacturer that specializes in all types of composite material such as roofing products and insulation in Canberra. It’s 75 years of experience has allowed it to become a leader in glass fiber technology. You may recognize the brand by their pink panther logo. It specializes solely in asphalt shingle with some laminated shingle models and some lesser expensive 3-tab shingles.

The TruDefinition Duration shingle will give your home a stunning multiple color blend and shadowing look. Each shingle is bold and lively next to another. It is also extremely durable as Owen’s Corning has a reputation for manufacturer durable, long-lasting shingles, no matter which model.

Owens Corning TruDefinition Duration Designer shingle is a more colorful stylish model. This will provide your home with maximum curb appeal along with triple layer protection.

The TruDefinition Duration Storm shingle is made with Owen Cornin’s unique WeatherGuard Technology. This shingle is made for people who live in locations prone to extreme weather. It has a polymeric backing material which allows the shingle to meet one of the highest ratings for impact resistance.

The Duration Premium Cool shingle is also a laminate shingle but this one has solar reflective properties. The shingle is made of a highly reflective granule technology. This allows them to keep your home color. They are Energy Star qualified due to their energy efficiency.

The Oakride Shingle is the last of the laminated shingles. It features artisan colors which are clean and inviting. In terms of durability, they are not of the Owen Corning’s most durable shingles. Yet, they are still as step-up from 3-tab shingles. They come in a wide range of colors and are beautifully crafted.

The Supreme AR is CertainTeed’s only 3-tab shingle. It still has a reputation of being of the best 3-tab shingle on the market due to its clean, smooth lines and wide range of colors. You will not find a shingle of better value that still provides your home with remarkable curb appeal and weather resistance.

Owens Corning also manufactures mineral surfaced roll. It is not the most aesthetic roofing material but it still gets the job done. It is ideal for low-slowed roofs still it lies flat and protects your home from weather and heavy moisture. Its fiberglass mat is known to provide years of low maintenance service.

If you have other questions you can check out their website, Roof Repairs & Restorations. 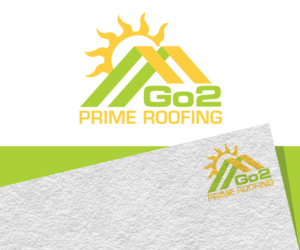